What is Malocclusion and How Can It Affect Me? 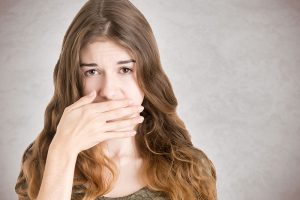 One cause of periodontitis that may not be so obvious is what is known as a malocclusion.  Occlusion is the term used to describe the position of the teeth as they interdigitate (fit together) when the jaws of the mouth are closed.  When the upper teeth and the lower teeth don’t interdigitate properly, you have what is known as a malocclusion or a “bad bite”.

So how can a malocclusion cause periodontitis?  To answer that question, let’s first take a rudimentary look at field of dentistry that deals primarily with the positioning of the teeth… orthodontics.  Have you ever wondered how a tooth moves orthodontically?

Essentially, the way teeth move orthodontically is that the bone is remodeled around the roots of the teeth (depending upon the pressures and tensions), recreating the ideal periodontal ligament space, and this changes the position of the teeth in the bone.

Now let’s take this fundamental understanding of orthodontics and apply these principles to the field of periodontics.  When you have a malocclusion, one tooth hits against its opposing tooth sooner than the rest of the teeth hit against their opposing teeth.  When this occurs, you apply excess pressure against the bone as you bite harder to allow the remaining teeth to fully interdigitate.  This excess pressure attracts osteoclasts to the region and they begin to eat away at the bone.  This allows for the accelerated progression of periodontitis.

Essentially, the causes of periodontitis are sort of like the “chicken and egg” scenario.  Most of the time, it’s caused by the progression of bacteria into the sulcus, which creates an infection and produces a pocket. Eventually bone is lost as the pocket advances.  (The chicken came first!) This can lead to teeth shifting and a malocclusion that makes the condition worse.

Other times, the malocclusion triggers bone loss, which initiates a pocket and allows a passageway for bacteria to invade, thereby developing an environment suitable for an infection to form. (The egg came first!)

Whether malocclusion is the cause of periodontitis or the result, it needs to be addressed by an occlusal adjustment or occlusal equilibration.  These are terms that we use to modify the chewing/biting surfaces of the teeth to alleviate excess pressure and balance the bite in an effort to disperse the osteoclasts and attract osteoblasts to the affected area.